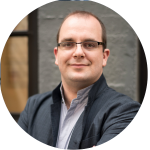 Tom is a Network Engineer at CloudFlare, based in San Francisco, California. Tom’s role is looking after CloudFlare’s global Anycast network as well as expanding it, ensuring best performance globally.

The role also extends to making the Internet better, by giving hundreds of thousands of websites performance equivalent to the Internet Giants. Starting working in Australia, Tom has been involved in Asia Pacific Internet over the past 8 years working for a number of ISPs and Carriers throughout the region, including in Hong Kong and Australia.

All Sessions by Tom Paseka